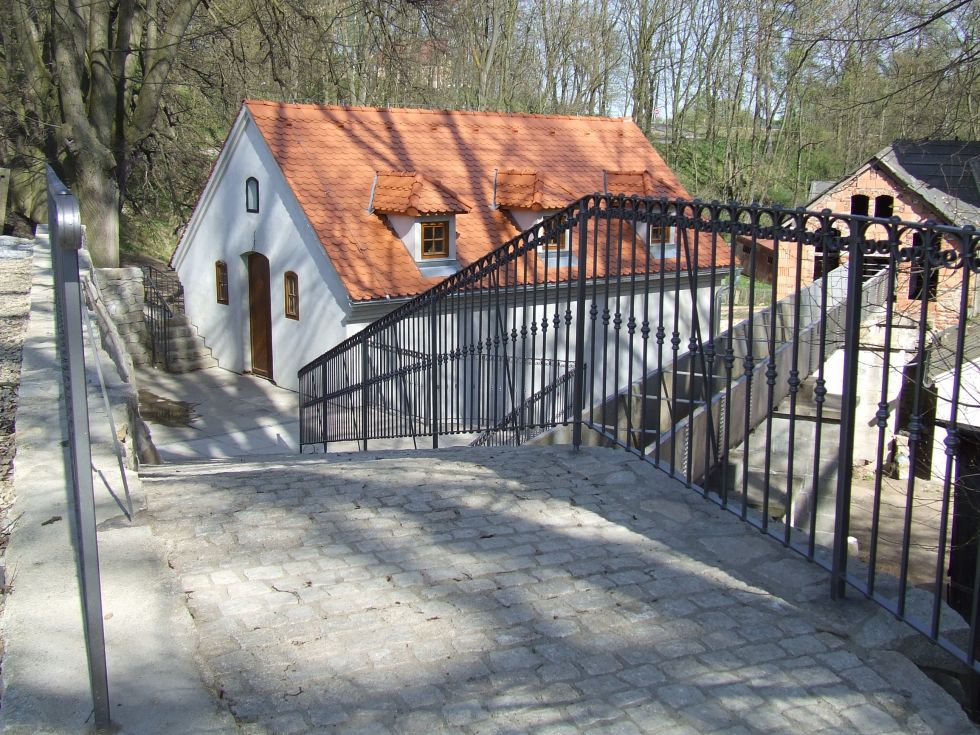 At the southern edge of Telč, under the dike of the Old Town pond, in a wooded and inclined location called "Na romantice" (in romantics) the remnants of a huge old mill can be found whose existence had first been recorded in 1533. This predecessor of the group of buildings surviving till today was mentioned for the last time as late as 1807 when Jakub Lang founded a fine cloth factory in Telč. The mill was gradually becoming part of the factory till in 1825 it was finally transformed into a dye-house a spinning mill and a weaving mill. In the year 1839 the complex came into the hands of Michael Lazar Biedermann a Viennese wholesaler and later in 1863 the one-time mill was acquired by Amalie Podstatz-Liechtenstein who initiated the reconstruction of these buildings to return them to their original use. Later she settled the mill on her son Leopold. Except for a short period of time 1921 - 1927 (at the time th 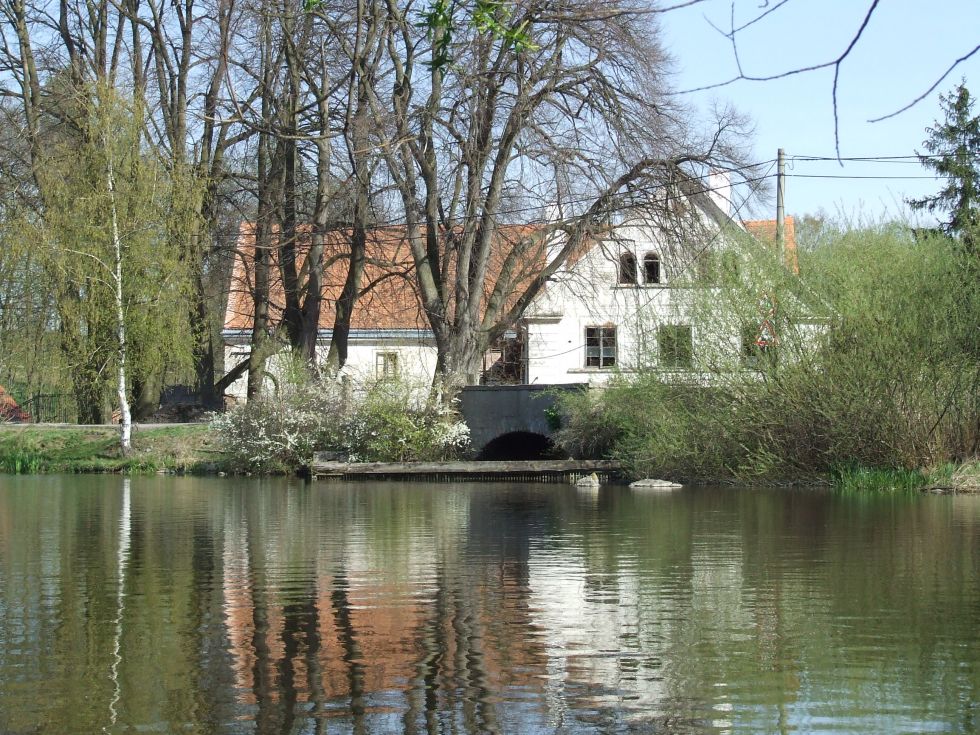 e properties were appropriaed by the state) the mill belonged to Podstatz family until 1945 when it ended up under "national administration". Grain was ground here till 1957. Later the buildings served only as warehouses. The buildings were progressively deteriorating until this important cultural heritage was included on the list of the most endangered heritage in the Czech Republic in 2003. 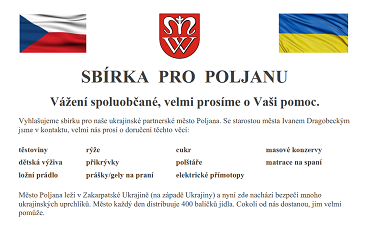